A downloadable game for Windows, macOS, and Linux

EarthRoyale is a Map simulation Observer game where the game each turn / a few in game months time, chooses one of many events to edit the world map or add lore behind the countries of this future or historic world. the base games include a bunch of customization to the start of the game,

but the map without downloading scenarios is stuck to a modern day de facto map (each province in game is owned by who actually controls, with some exceptions to constantly changing stuff).

some of the ways you can customize the start of a game is by:

Paint your own map in the paintmode,

Disable or enable any continent that you want.

Turn off normal countries, so only the cities or provinces you've turned on is in the game.

Edit the %edges of any event happening or choose one of the pre made modes of it.

Each turn one of many things can happen:

division: a random country gets divided by giving each province to the closest other country.

Annexation: A random country gets given to one of their bordering countries, or if it only got coastal borders, the closest country.

Shrink/Expand: A random country either takes over a few of the closest provinces to it or gives away up to 75 % of the countries provinces to each province closest other country.

Take coast / Islands: a country either takes the coast or islands of a neighboring country.

Partition: a big country with above 200 provinces gets split up in different ways by the words major powers (anyone above 50 provinces) where the major powers gets parts for themselves, some areas gains independence within it and the rest being divided between who's closest.

the game will prioritize it over all claimed coastal provinces.

Independence: Each Easter egg, province, culture, or previous country tag of any province within a random country has a chance of having all provinces with that tag within the country gain independence.

Nuke: A random province is selected and all provinces around it within 3 different sized circles will be turned into Wasteland, Unclaimed, Fire. in that order from smallest to biggest circle.

Collapse: All provinces within a random country will be turned into unclaimed, but there's a chance that multiple province, culture or previous country tags within the country gain independence

Union: 2 countries will join together into a new country named "country1 - country2", a union can form a union with another union or normal country.

Culture union: 3 or more countries that share a similar culture goes together to form a union with a special unique name

Split: a country will either split into north and south country or west and east country, or if it's a union, it will make all member states independence as they where when joining the union and all provinces that wasn't a part of a member state will be divided between the former member states based on who is closest

Flood: A random province will be turned into flooded or water, it will also make 1 to 2 closest provinces do the same over and over again for up to 15 provinces.

Fire: a random province will have a fire start in it.

Hurricane: a hurricane is spawned a long a coast and moves randomly around, destroying all provinces in its path

In order to download this game you must purchase it at or above the minimum price of $7 USD. Your purchase comes with a Steam key. You will get access to the following files:

Stickyyour gameplay
by Lizzy · 62 posts
72d
StickySugestions?
by Lizzy · 93 posts
79d
Stickyhow do i get this game to run on my computer?
by hjeroll · 16 posts
227d
StickyWhat are all of the controls for the game?
by thisismyprofilepage · 15 posts
136d
Can't Download
by RAYKUSS · 1 post
10h
this game is good but
by MightyGamerMx · 2 posts
5d
Game is amazing; Why does it cost money now?
by GiggyMantis · 3 posts
14d
god is good game
by MarcinexRoblox · 2 posts
19d
make a free version that has less features
by Nuke12379 · 3 posts
32d
paint mode
by Thatonefreddiboy · 2 posts
47d
Chromebook
by NASCARRULES88 · 10 posts
47d
Taiwan isn't independent!
by Wind_sx · 4 posts
53d
Post a new topicView all posts 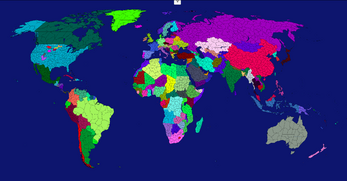 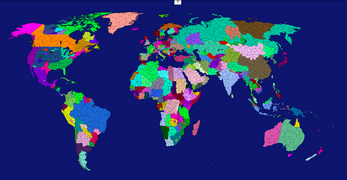 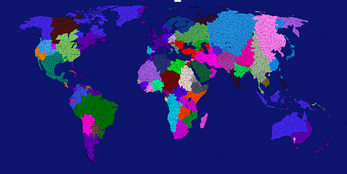